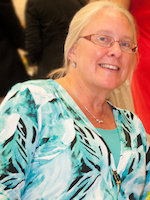 Michelle began working part-time for the Center in February 2014 as office manager and assistant. She has worked for over 30 years at Appalachian State University so she is happy to be able to assist the Center with its mission and growth. Her cats and dogs are what is dear to her most. She also loves to fish and is a starving artist. 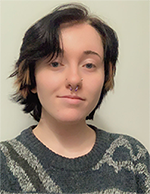 Blake is a junior at Appalachian State majoring in Graphic Design. He specializes in web design, music and the arts. 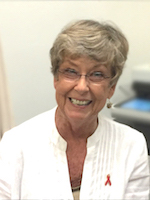 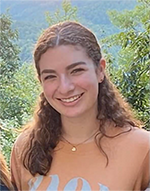 Lauren is a first-year student at Appalachian State who is currently majoring in Nursing.  Her favorite pastimes are hiking, figure skating, and watching movie classics. 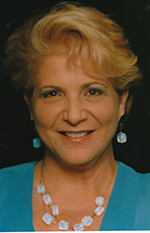 Dr. Weiman has 30 years of professional expertise in Holocaust Studies and Interreligious/Interethnic Dialogue, with a focus on educational multi-media tools and skills, leadership development and community-building. She specializes in designing creative and transformative approaches to minority rights and prejudice reduction. Her groundbreaking work in the field of Holocaust and Genocide education, conflict resolution and interreligious dialogue includes the production of award winning films and curriculum, and the development and execution of exhibitions of all sizes and mediums, festivals and conferences, international tours and projects, workshops, academic courses and leadership training, and social entrepreneurship on a global level.

Independent Researcher and Scholar, The Humanization Project: Lecturer, trainer, scholar-in-residence in academic and government settings internationally. Curates exhibitions and edits and co-authors curriculum and teacher's guides, government reports, and articles in academic journals and popular press. Documentary film maker, researcher and producer.
Current Projects: Producer of Indonesian Lullaby: Courage and Compassion in a Time of Hate, Documentary Film and Educational Project, based on the extraordinary survivor testimony of Dr. Alfred Munzer, Dr. Weiman is at present dedicated to inspiring knowledge of the Holocaust and developing interfaith relations in modern Indonesia (2013-present). Play/ screenplay Honorable Discharge: Black Soldiers and Holocaust Survivors based on true story of Lt. John Withers and the all Black Quartermasters unit encounter and involvement with liberated Holocaust survivors (2016-present).

Senior Director of the Dialogue Institute, Temple University, Philadelphia: responsible for Global Education and Professional Training (2009-2015). She was founding Executive Director (2007-2009). Her mandate was to foster and create academic and professional interreligious dialogue and engagement, and to support a global network of individuals and communities through training and mentorship.

Founding Director of the Center for Holocaust and Humanity Education, at Hebrew Union College-Jewish Institute of Religion, Cincinnati, OH: (2000-2006) During these years, Racelle was awarded honors by Government of Bulgaria and Bulgarian Orthodox Church (2002); and was the recipient of the highest civilian award from the Government of the Philippines, the Order of Lakandula, (2005).