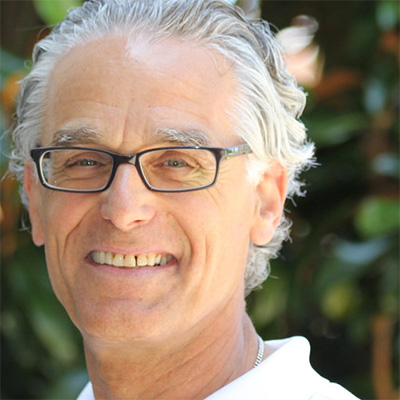 On Tuesday, March 26, the Appalachian State University and broader communities are invited to a public lecture by Dr. Thomas Matyók, Ph.D., the Director of the Air Force Negotiation Center and Associate Professor at Air War College. Dr. Matyók will speak on the peacebuilding potential of religion before, during, and after large-scale ethnic conflict. His lecture is entitled “Blessed Are the Peacemakers: Religion and Reconciliation in Civil-Military Interaction” and will start at 7:00 pm in Belk Library and Information Commons, Room 114. The event is free of charge and no tickets are required.

Dr. Matyók has been professionally involved in conflict resolution as a mediator, negotiator, facilitator, trainer, executive and conflict coach, dispute systems designer, researcher, and  professor. He has consulted for private, civic, military, religious, and community organizations. During his twenty-three years on active military service, Dr. Matyók served in the United States Army in various command and staff positions; he served as an enlisted soldier, Non-Commissioned Officer, and Officer. His duty assignments included the 3rd United States Infantry (The Old Guard) and 1st Battalion (Airborne), 509th Infantry, Vicenza, Italy. Matyók also served in various positions with the 2nd Armored Division (Forward), Germany; and the 24th Infantry Division (Mechanized) including Operations DESERT SHIELD and DESERT STORM. While assigned to the National Training Center, Dr. Matyók was a member of the Scorpion Infantry Training Team.

Dr. Matyók has accomplished much in his research on peace-keeping in his various academic positions. As a Fulbright Scholar in Konstanz, Germany, Dr. Matyók researched the role of international graduate student exchanges as an aspect of citizen diplomacy and national security.  As a Visiting Research Professor and Senior Fellow at the United States Army Peacekeeping and Stability Operations Institute (PKSOI), Dr. Matyók’s research and outreach responsibilities were in the areas of human security, strategic policy, and securing U.S. interests in an era of persistent irregular and hybrid conflict. Dr. Matyók is currently researching the role of religion and religious actors in peacebuilding and conflict management. As part of this project, he is reviewing professional military education curricula to identify ways of developing religious literacy within the military. Dr. Matyók was lead editor of, Peace on Earth: The Role of Religion in Peace and Conflict Studies, and Critical Issues in Peace and Conflict Studies: Theory, Practice, and Pedagogy. He is currently co-editing the Routledge Companion to Peace and Conflict Studies due for release in early 2019.

Dr. Matyók was the Chair and Director of Graduate Studies of the Department Peace and Conflict Studies at the University of North Carolina at Greensboro (UNCG). In addition to UNCG, he has taught at the United States Army War College, John F. Kennedy Special Warfare Center and School, Duke University Rotary Scholars Program, University of Konstanz (Germany) Department of Politics and Public Administration, and the Nova Southeastern University Department of Conflict Analysis and Resolution.

In addition to his lecture, Dr. Matyók and his work will be at the center of the next lunch research colloquium on Wednesday, March 27, from 1:00 until 3:00 pm.

For more information (also on how to RSVP for the colloquium), contact the Center for Judaic, Holocaust and Peace Studies at holocaust@appstate.edu or call 828.262.2311. Organized by the Center, the visit is co‐sponsored by The College of Arts and Sciences, Department of Philosophy and Religion, the Peace and Genocide Education Club, Alpha Epsilon Pi, ASU’s Hillel Chapter, The Temple of the High Country.