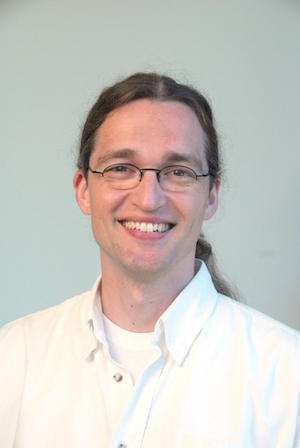 Dr. Pegelow Kaplan is a graduate of Eberhard-­Karls University Tübingen, Germany, where he obtained a B.A. equivalent in English and History. He earned his Ph.D and M.A. in Modern European History from the University of North Carolina at Chapel Hill. Dr. Pegelow Kaplan's research focuses on histories of violence, language, and culture of Nazi Germany and Nazi-occupied Europe, modern German Jewish history, and the 1960s global youth revolts.

Dr. Pegelow Kaplan is the author of The Language of Nazi Genocide: Linguistic Violence and the Struggle of Germans of Jewish Ancestry (Cambridge University Press, 2009), which explores how words preceded, accompanied, and made mass murder possible. Dr. Pegelow Kaplan is the co-editor (with Wolf Gruner) of Resisting Persecution: Jews and Their Petitions during the Holocaust (Berghahn Books, 2020) that presents a profound reinterpretation of Jewish petitioning practices. Anything but futile, the entreaties by tens of thousands of Jews in German-controlled Europe helped their authors to reassert their agency and withstand the Nazi onslaughts. Even eventually rejected entreaties gave the petitioners time to explore alternative strategies and played a crucial role in their struggle for survival. He has also co-edited (with Jürgen Matthäus and Mark Hornburg) Beyond "Ordinary Men": Christopher R. Browning and Holocaust Historiography . (Franz Schoeningh Verlag, 2019). The collection reassesses the complex ways in which Browning's influential oeuvre has shaped the field and was shaped by it.

Dr. Pegelow Kaplan has just completed a study entitled Taking the Transnational Turn: The German Jewish Press and Journalism Beyond Borders, 1933-1943 (accepted for publication in Hebrew by Yad Vashem), which offers a new view on the Jewish press and journalists in Nazi Germany. The work demonstrates how many Jewish periodicals participated in establishing transnational spaces, in which their readers had access to trans-European and global networks, verbiage, strategies, and support. In addition, Dr. Pegelow Kaplan is completing a book on the interactions between leftist protest movements in West Germany and the United States from the 1950s until the early 1980s, their changing imageries and verbiage of past and current mass crimes such as black genocide, and the impact on their societies' memory cultures. The book challenges distorted political and scholarly readings of left-wing groups, ranging from "left-wing fascists" to gun-toting separatists and "criminals," by shifting the focus to the increasingly transnational activists' naming and mnemonic practices that had far-flung influences, also on political organizing and culture today. Furthermore, Prof. Pegelow Kaplan is working on an co-edited collection (with Prof. Ofer Ashkenazi, Richard Koebner Minerva Center for German History at the Hebrew University, Jerusalem) that explores the implications of the pictorial turn for the study of Jewish history and memory, demonstrating how photo-analysis in its various forms enriches and complicates our understanding of historical experiences and mnemonic practices. He is, finally, working on a co-edited collection (with Boaz Cohen, Miriam Offer and Wolf Gruner) on  a reevaluation of the study and role of Holocaust testimonies in the twenty-first century as we are approaching the "end of the era of the witness" (A. Wieviorka). The prospect of a world without Holocaust survivors poses profound challenges, precisely because their testimony has become so central to Holocaust memory, education, and research during the last three decades.

As an ardent supporter of transatlantic and transnational scholarly exchanges, Dr. Pegelow Kaplan is active in a number of professional organizations, networks, and centers. Since 2016, he has been a Fellow at the Zentrum für Antisemitismusforschung, Technische Universität Berlin, Germany. Among others, he serves on the executive committee of the Consortium of Higher Education Centers for Holocaust, Genocide, and Human Rights Studies, the Steering Committee of the Southeast German Studies Consortium (SEGS), and the Steering Committee of the North Carolina German Studies Seminar & Workshop (NCGS) series.Dr. Pegelow Kaplan is currently co-organizing the Fourteenth Annual Southeast German Studies Consortium Workshop that also includes a co-operation with Bar-Ilan University, Ramat Gan, Israel. The workshop will bring together American and Israeli Jewish and German studies scholars from Louisiana to Washington, D.C., and Tel Aviv on the ASU campus in March 2022 (pandemic conditions permitting). More recently, Dr. Pegelow Kaplan has fostered co-operations with a range of Israeli and German universities and centers, including a co-organized conference in Akko (with the Holocaust Studies Program at Western Galilee College and the USC Shoah Foundation's Center for Advanced Genocide Research) and a publication project on the role of the Police in the Shoah with the Villa ten Hompel Memorial, Muenster, Germany, and the United States Holocaust Memorial Museum, Washington, D.C. He has also taken students on research-intensive excursions to archives, research centers, and memorials in the United States, Germany, Poland, and Israel.

In recent years, Dr. Pegelow Kaplan has been a visiting faculty member in the Department of Philosophy at De La Salle University in Manila, Philippines, and a visiting research fellow at the International Institute for Holocaust Research at Yad Vashem, Jerusalem, the Center for Research on Anti-Semitism at the Technical University of Berlin, the Simon Dubnow Institute for Jewish History and Culture at Leipzig University, the German Historical Institute (DHI), Washington, D.C., the Centre for Contemporary History (ZZF) in Potsdam, Germany, and the Center for Advanced Holocaust Studies at the United States Holocaust Memorial Museum, Washington, D.C.

At Appalachian State University, Dr. Pegelow Kaplan is offering classes on the Holocaust, comparative genocide in the twentieth century, and modern German and European-Jewish histories. 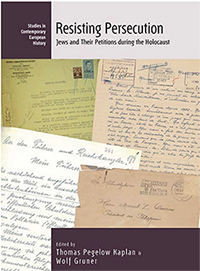 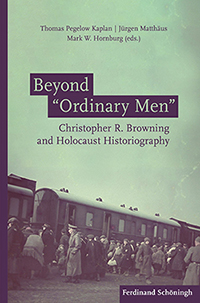 The Language of Nazi Genocide: Linguistic Violence and the Struggle of Germans of Jewish Ancestry. Cambridge: Cambridge University Press, 2009. 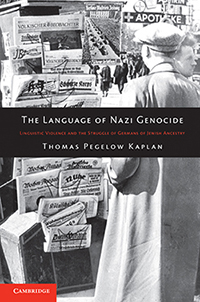