Keynote Speakers of the 2022 SEGSW 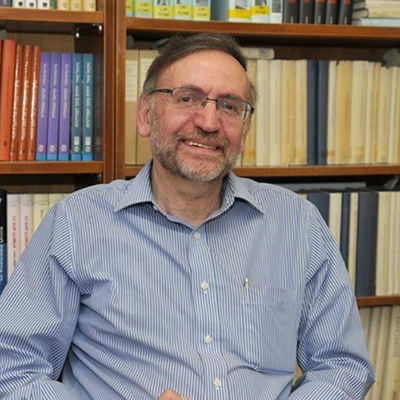 The keynote lecture of the 2022 Southeast German Studies Workshop (SEGSW) will be delivered at Appalachian State on Thursday, March 24, at 4:30 pm at the Reich College of Education (R. 124) by Prof. Shmuel Feiner (Bar Ilan University, Ramat Gan). Virtual access via ZOOM is available (Please register here in advance of the lecture).Prof. Feiner is among Israel's most distinguished historians. At Bar-Ilan University, he holds a professorship in Modern Jewish History as well as the prestigious Samuel Braun Chair for the History of the Jews in Prussia. His  talk is entitled "The Haskalah Project of Secularization: Challenging ‘The Religious Turn.’"

In the last three decades, a dramatic and significant revision has taken place in the way modern Jewish history is presented and understood. A key trend in that revision is the re-thinking of the role played by the Haskalah in the major process of modernization. If from Heinrich Graetz to Jacob Katz there was a consensus that placed the Haskalah at the crossroad of nearly every narrative of the transition from the old to the modern era, in our time there is a clear tendency to reduce the importance of the Haskalah and to paint its face in conservative colors. The lecture argues that the Haskalah movement was not one of the modern Jewish denominations nor did it come out against the religion. But nevertheless, the Haskalah was the leader of a significant project of secularization. Even without attacking religion itself, sometimes even out of a desire to defend it against radical secularization, the Haskalah conducted a critical project that subverted rabbinical authority, undermined the status of the rabbis and offered alternatives. The important inventions of the Haskalah became the building blocks of modern Jewish culture. The Jewish public sphere was totally altered and the new players who entered it led Jewish society to an enormous transformation. The boundaries that the maskilim were the first to draw between the supporters of the Jewish project of modernization and its critics became the frontline of the Jewish Kulturkampf.

In addition to his appointments at Bar Ilan University, Prof. Feiner is currently the Chairman of The Historical Society of Israel and editor of Zion, A Quarterly for Research in Jewish History. He is the past Chairman of the Jerusalem Leo Baeck Institute (2007-2019) and the Vice President of the International Leo Baeck Institute. He served as Visiting Professor at Yale University (2011) and Frankfurt University (2012). Among his many awards and fellowships are an Alexander von Humboldt Foundation Research Award, 2012. Prof. Feiner is the author and/or editor of many influential books, including Haskalah and History. The Emergence of a Modern Jewish Historical Consciousness (Hebrew 1995; English, by the Littman Library, 2002), The Jewish Enlightenment(Hebrew, 2002; English, by The University of Pennsylvania Press, 2004, winner of the Koret Jewish Book Award; German, by Olms, 2007, winner of the Meyer-Struckmann-Preis, Heinrich Heine Universität Düsseldorf), Moses Mendelssohn (Hebrew, 2005; German, by Vandenhoeck und Ruprecht 2009; English, by Yale University Press, 2010; Chinese by Showwe Information Co, Taipei, 2014), The Origins of Jewish Secularization in Eighteenth Century Europe (Hebrew, 2010, winner of the Shazar Prize in Jewish History; English, by The University of Pennsylvania Press, 2011); The Jewish Eighteenth Century, A European Biography 1700-1750, Hebrew 2017; English, by Indiana University Press, 2020); The Jewish Eighteenth Century, A European Biography 1750-1800 (Hebrew 2021).