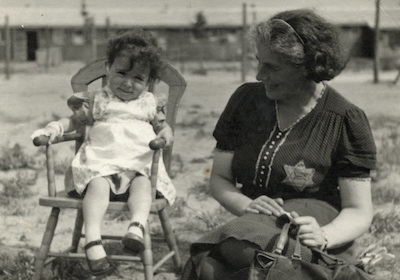 BOONE—The 15th Annual Martin and Doris Rosen Summer Symposium on Remembering the Holocaust will be held July 23-28 at Appalachian State University's Plemmons Student Union. This year's symposium puts a particular emphasis on the roles and struggles of women in the Holocaust and explores the significance of gender in this genocide. The event is organized by Appalachian's Center for Judaic, Holocaust, and Peace Studies and named for symposium benefactors, the late Doris and Martin Rosen.

The free and open to the public symposium provides public and private school teachers, university faculty, students and community members information and insights about the victims, perpetrators, and consequences of the Nazi genocide of European Jewry. In addition, the program widens the focus to explore Jewish religious and cultural life before the Shoah. Reflecting this year's emphasis, the symposium participants will not only learn and ponder how Jewish women have shaped Jewish religion and culture, struggled for survival in the face of Nazi onslaughts, and participated in the resistance against fascist forces and authorities, the audience will also gain knowledge of how the Nazis targeted Jewish women and how Gentile German women participated in the slaughter on a much larger scale than previous scholarship had established.

Contributing to the international reach and composition of the event, secondary-school teachers from Latvia, Hungary, and Romania will be among the participants and discuss the teaching of the Holocaust in their countries.

As in years past, North Carolina teachers can receive continuing education units for attending the lectures, workshops, discussions, and demonstrations. 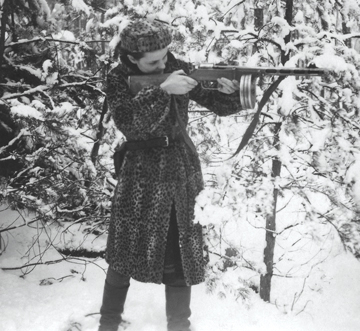 This year's events will also include "Faces of Resistance: Women in the Holocaust," a powerful exhibit that explains how Jewish women across the continent resisted the Nazis and their many collaborators. The traveling exhibit, researched and put together by Moreshet, the Mordechai Anielevich Memorial, in Israel, will be on display in Plemmons Student Union for the duration of the symposium and freely accessible to the public.

The symposium is sponsored by The Conference on Jewish Material Claims Against Germany, the Martin and Doris Rosen Endowment, the Community Advisory Board and Friends of the Center for Judaic, Holocaust, and Peace Studies, Appalachian's College of Arts and Sciences, Program on Gender, Women's and Sexuality Studies, and the University Bookstore, the Boone Jewish Community/Temple of the High Country, Havurah of the High Country, the Margolis Family, the Ruth and Stan Etkin Symposium Scholars' Fund, the Leon Levine Foundation, the North Carolina Council on the Holocaust, Echoes and Reflections of Yad Vashem (in collaboration with the USC Shoah Foundation and the Anti-Defamation League), and the AJS Distinguished Lectureship Program at the Association of for Jewish Studies.